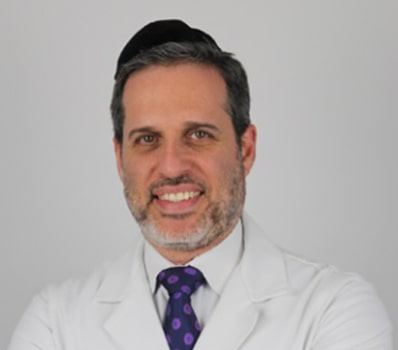 Dr. Lewin is the Chief of Spine Surgery. He is an alumnus of the Yeshiva College where he earned his Bachelor of Arts degree in 1989.

In 1993 he graduated from Albert Einstein College of Medicine with his Doctorate in Medicine. Between 1994 and 1998, Dr. Lewin completed his Orthopedic Surgery Residency at the Montefiore Medical Center. Following his residency, he also completed his Pediatric and Adult Medicine Surgery Fellowship at the Shriner’s Hospital of Philadelphia, Temple University Hospital, Cooper University, and Jefferson University Hospital.

Dr. Lewin is licensed to practice medicine in several states including New York, New Jersey, and Pennsylvania. He is currently a Diplomate of the American Board of Orthopedic Surgery and is the Director of Spine Surgery at North Shore University Hospital in Forest Hills, New York. Dr. Lewin is one of the few doctors in the states of New York and New Jersey who is experienced in performing Endoscopic Fusion Surgery.